One Sunday afternoon as my church family ministered to the homeless of Colorado Springs I was looking over the faces of the crowd and noticed her. She sat off to the side, alone. Her expression heavy and hardened. She avoided eye contact with everyone, never lifting her gaze. She refused to approach the folks handing out free hotdogs, and even refused a bottle of water from a fellow homeless woman. As I watched her sit on the ground, staring at her hands, I noticed her masculine build. Her jaw, tight and etched, wore the stubble of an unshaven beard. Her hands, large and powerful, were clasped tight in her lap. Her broad shoulders seemingly carried the weight of the world. She no doubt possessed a robust, muscular frame, but she looked terrified. 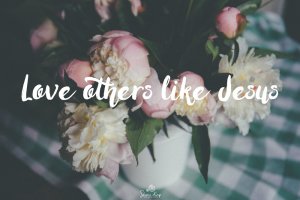 As the crowd began to filter out she seemed to relax a bit and she locked eyes with me. I cordially smiled at her as I sat down at the picnic table. Some of our church volunteers joined me and began talking with each other about the people they’d spoken to and prayed with. I noticed she was curiously eyeing us and I smile at her again. She faintly returned the smile and stood. Her 6′ 5″, dark-skinned, sturdy frame quietly lumbered over. As she tried to squeeze her long legs under the picnic table we began to introduce ourselves. She responded in a low, baritone voice, “My name is Coco.”

Her eyes darted from me to the table, to the others sitting with us and back to the table as she anxiously rubbed her hands together. She was still avoiding eye contact. As she spoke I took note of her face, her eyes, her voice. She looked like she hadn’t slept in days. Her clothes were torn, dirty and too small. She began to tell her story: she and a friend moved to Colorado Springs to start a business. Her friend took all the money and ditched her. She’d been homeless for about a month. In that time, several ministries and homeless shelters had turned her away because she is transgendered. Of the shelters that would take her all of them insisted she be placed with the other men and as a result she’d been attacked several times. The last attack occurred only two days prior and was an attempted rape. During the attack all of her belongings were stolen.

As we listened to her speak she continued to avoid eye contact. She spoke softly and tears brimmed in her eyes. Coco shared with us how friends had taken advantage of her and her family had rejected her. She had called her mother a few days after she became homeless only to be told “you made your bed.” She had been alone for a long time. She told us about trying to sleep in the daytime and staying awake all night to avoid more attacks. She was scrounging for food in dumpsters, taking baths in gas station sinks; all while trying to find a job that would let her present herself as herself. Coco also told us the LGBTQ+ community had rejected her because she isn’t “passable”, and she couldn’t find refuge in her own community.

I listened to her without judgement, without interruption. I wanted to her to know I was listening. I looked her in the eye when I spoke to her. I gently held her hand while we prayed. I asked how we could help. She reluctantly accepted our small offering of hotdogs and water, and asked for prayer. That’s all she wanted from us. Prayer and to be heard.

I didn’t stop there. I couldn’t. The person sitting in front of me was facing so many obstacles. I knew I couldn’t help ease all of her pain, but I knew I could meet her tangible needs: clothes, food, hygiene products. I could give her advice on housing and a possible job lead with a local company.

My brother and I immediately went into action. We asked her what she needed and then set a time to meet with her the next day. I went to our church’s clothes closet and pulled all the women’s clothing in her sizes. I went through my closet and gathered purses and jewelry for her. We went to the Dollar Store and purchased hygiene products: soap, coco butter lotion, dry shampoo, baby wipes, deodorant, toothbrushes, tooth paste, etc. We purchased makeup for her skintone, fingernail polish, fingernail polish remover, head wraps, hand sanitizer….anything we could think of. We loaded up with water and snacks, and headed back to the park the next day.

As we pulled up the look on Coco’s face was priceless. She looked surprised to see us and told us she did not expect us to come back. Her eyes grew wide and filled with tears as we pulled out 5 huge duffelbags full of clothes and supplies for her. My brother and I excitedly pulled everything out to show her what we had for her; no strings attached. By the time we were done the tears were streaming down her face, and her bright smile radiated. The woman, who the day before couldn’t look us in the eye, was hugging us, laughing, crying tears of joy and looking us straight in the eye.  She thanked us over and over. We offered more assistance and she refused. “You’ve done more for me than anyone else ever has.” We prayed with her, hugged, said goodbye and that was it.

I haven’t had contact with Coco since that day. I used to drive through town looking for her. I was half hoping to find her so I could see how she’s doing, and half hoping not to because my desire and prayer is she found a job, got off the streets and is doing well. I continue to pray for Coco. I have no idea where she is or how she is doing, and I will never know what came of our encounter. But, here’s what I learned: LOVE. I learned about unconditional love. The kind that has no expectations; no strings attached. I saw a person in need and I was compelled to help. This is the kind of love God has for me and the kind of love I want to have for others regardless of race, gender, sexual orientation, social class, religion, political party, etc. It is the greatest kind of love.

Wherever you are, Coco, I hope you know you are loved and someone is still praying for you.

One thought on “The Day I Met Her”