Two great moments in our lives are, 1) when we are born, and 2) the day we discover why we’re born. 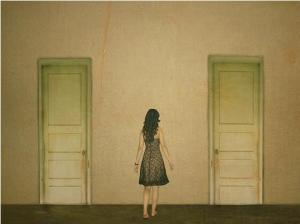 We were created for a reason. A divine purpose. Our lives are not accidents or fate. Whether your parents were happily married, unhappily married or “hooking up” when you were conceived… Whether you’re adopted, lived in foster care, raised by an extended family member, living in an abusive home, or in a loving home…..God has a personal plan for each of us. His purpose in our lives can only be accomplished because of Jesus Christ.

The life of Jesus Christ is the turning point of ALL history. For example, our calendar hinges on His birth. This is a man from a small town called Nazareth, in the Middle East, prophets announced His birth hundreds of years before He arrived, He fulfilled every single prophecy regarding the Messiah in His lifetime. Many great men have come and gone, yet none of them were divine, announced beforehand, fulfilled all the messianic prophecies, except ONE man, Jesus Christ.

When Jesus started His ministry He selected 12 men to help Him. I think it’s important to note that all of Jesus’ disciples decided to follow Him. They weren’t tricked, coerced, manipulated…they made a choice. Another important note: each of them came from a different walk of life/family history. None of them were “awesome” or “one of a kind”. As a matter of fact, Peter had a really bad temper, Simon the Zealot is nearly a total mystery with very little known about him, and Andrew wasn’t as popular as his cousin John the Baptist, and lived in his shadow. There isn’t a single one that was incredibly important, until they met Jesus.  The point is, they simply believed.

“Then Peter opened his mouth and said: “In truth I perceive that God shows no partiality. But in every nation whoever fears Him and works righteousness is accepted by Him. The word which God sent to the children of Israel, preaching peace through Jesus Christ—He is Lord of all— that word you know, which was proclaimed throughout all Judea, and began from Galilee after the baptism which John preached: how God anointed Jesus of Nazareth with the Holy Spirit and with power, who went about doing good and healing all who were oppressed by the devil, for God was with Him. And we are witnesses of all things which He did both in the land of the Jews and in Jerusalem, whom they killed by hanging on a tree. Him God raised up on the third day, and showed Him openly, not to all the people, but to witnesses chosen before by God, even to us who ate and drank with Him after He arose from the dead. And He commanded us to preach to the people, and to testify that it is He who was ordained by God to be Judge of the living and the dead. To Him all the prophets witness that, through His name, whoever believes in Him will receive remission of sins.”   Acts 10:34-43 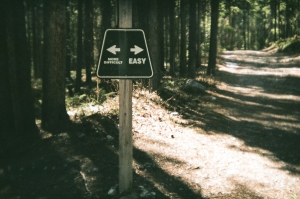 The life of Christ calls for a decision. Was He just a good teacher/spiritual leader? Or was He who He claimed to be? The Son of God, who has the power to forgive sins and grant everlasting life to all who will believe on Him. Jesus said, “I am the way, the truth and the life.”

Life has two roads, and we’re on one of them. One leads to death and eternal punishment. The other to everlasting life. Jesus taught us that every person will exist for eternity. Romans 6:23, “For the wages of sin is death, but the gift of God is eternal life in Christ Jesus our Lord.“ However, choosing the right road is simple. Romans 10:9-10, “…if you confess with your mouth the Jesus is Lord and believe in your heart that God has raised Him from the dead, you will be saved.  For with the heart one believes unto righteousness, and with the mouth confession is made unto salvation.”

We all know in our hearts that we have sinned. Even if we’ve never read the Bible, or can’t understand what it means to sin against God, we know we’re sinners. God created us with a conscience. We know what we don’t want others doing to us. We don’t want them lying , stealing from us or being unkind, and when we do it to other people our conscience let’s us know we have done wrong.

The penalty for sin is death. BUT, 2,000 years ago Jesus Christ, the holy Son of God, became a man. He lived for 33 years, without sin. Then He was murdered. He paid the penalty for sin without committing any crime. So death had no power over Him. After 3 days, He came back to life again. HE IS ALIVE! And now He offers forgiveness of sin and the gift of eternal life.

You can receive Christ as your Savior RIGHT NOW. You can tell Him in your own words that you’re sorry for your sins and want to receive Jesus as your Lord and Savior. Ask God to change your heart and life. It’s your prayer. He wants to hear you. You must say it from your heart and mean it. (Romans 10:9-10)

“God, I know I have sinned. I believe your son, Jesus Christ, died to take the punishment for my sin. I believe Jesus came back to life from death, and has the power to forgive my sins and change my life. Forgive me. Come into my life and change me. I want to live for you and follow your plan for my life. I believe you have forgiven me, and I thank you for hearing my prayer. In Jesus’ name, amen.”